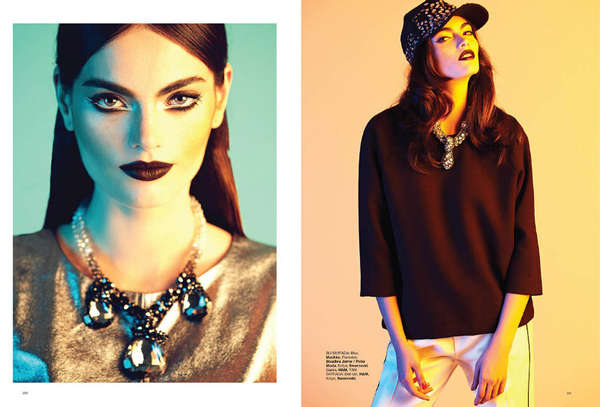 Meghan Young — September 7, 2012 — Fashion
References: harpersbazaartr.tumblr & fashiongonerogue
Share on Facebook Share on Twitter Share on LinkedIn Share on Pinterest
If Kate Middleton was a lot more urban while still holding tight to her ladylike ways, she would probably don every outfit showcased in the Harper’s Bazaar Turkey 'Modern Kutuplar' editorial. As it is, model Djamila Del Pino does a fine job standing in for the Duchess of Cambridge. She beautifully balances an edgy attitude with elegant looks.