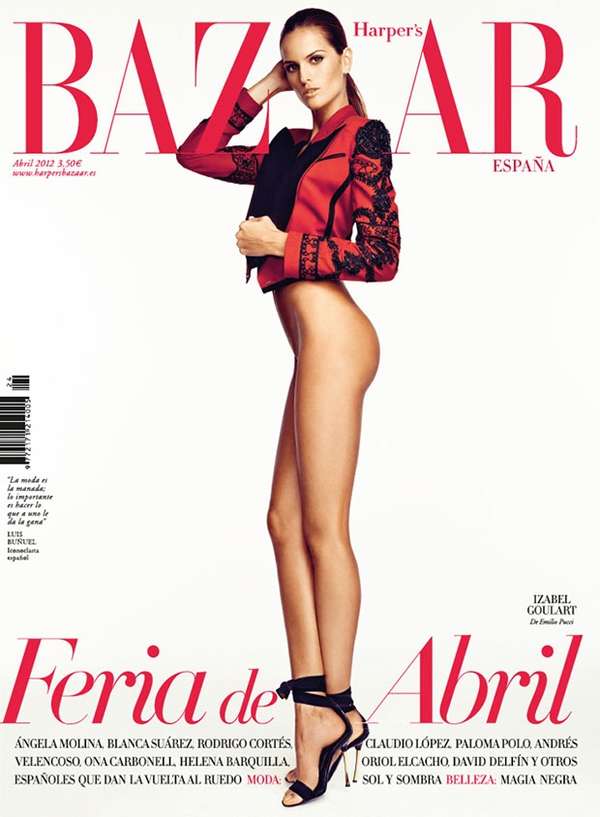 Meghan Young — April 5, 2012 — Fashion
References: harpersbazaar.es & fashionising
Spanish fashion and matador themes have been so hugely popular of late that it has become a challenge for photographers to make their similarly themed shoots fresh; however, the Harper’s Bazaar Spain April 2012 cover has found a way. It happens to be provocatively pant-less. Wearing only an embroidered matador-inspired jacket, model Izabel Goulart strikes a simple statuesque pose for the camera.

Captured by New York-based photographer Nico Iliev, the Harper’s Bazaar Spain April 2012 cover shoot really focuses on the Brazilian beauty's gorgeous gams. With a slicked-back ponytail and barely-there makeup, she shows that there are other ways to grab attention than being over-the-top with fashion and cosmetics. Overall, the shot is very minimalist.