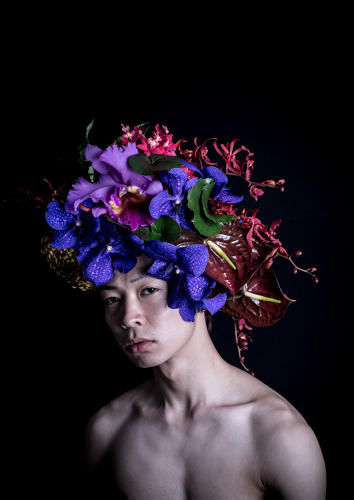 Hanayuishi Takaya Explores Life and Death with Flowers and Taxidermy

Meghan Young — January 12, 2015 — Art & Design
References: takaya.boo.jp & fastcodesign
Share on Facebook Share on Twitter Share on LinkedIn Share on Pinterest
The work of Hanayuishi Takaya, a Japanese fashion designer who also bills himself as a 'flower artist,' is full of both life and death. Although that may seem strange at first considering how fresh and beautiful his headpieces are, there are parts of which are darker and conceptual. Hanayuishi Takaya incorporates taxidermy birds into the floral arrangements in order to touch upon the relationship between life and death.

Stunningly intricate, Hanayuishi Takaya's headpieces are works of art. About the creation of each piece, he says, "When I actually put the first flower on the model's hair, that's the beginning of the design process." Interestingly, Hanayuishi Takaya has been known to turn his designs into live performances by unveiling the headpieces before an audience. The headpieces are made from whatever he finds at the market on those given days.
5.2
Score
Popularity
Activity
Freshness
Get Better and Faster