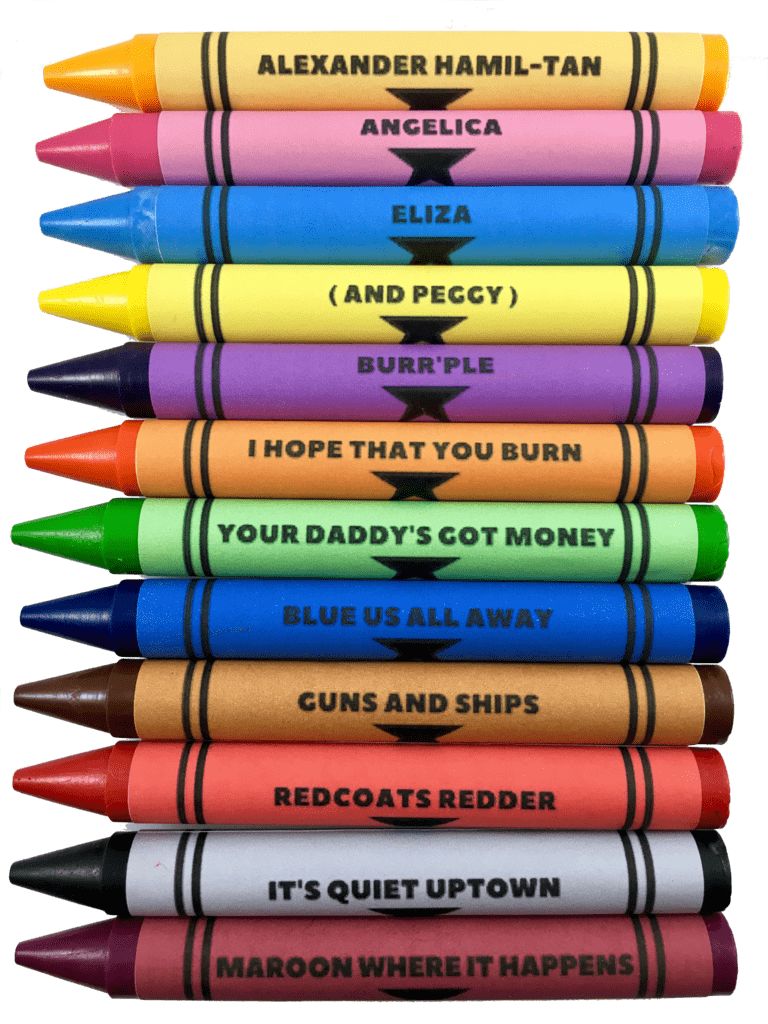 Joey Haar — July 26, 2017 — Pop Culture
References: thespianswag & boingboing.net
Share on Facebook Share on Twitter Share on LinkedIn Share on Pinterest
'Hamilton' has become a cultural touchpoint, one of the once in a generation musicals that transcends Broadway and works its way into pop cultural as a whole, and the 'Hamiltones' crayons are a marker of that. They're also a crayon of that.

Hamiltones include 12 crayon colors, each of which are named after some aspect of the beloved Broadway show by Lin Manuel Miranda. Some of the standouts include an orange crayon called 'Alexander Hamil-tan,' a purple crayon called 'Burr'ple,' a red crayon called 'Redcoats Redder,' and a maroon crayon called 'Maroon Where It Happens.'

The references are all undoubtedly hilarious for anyone who's seen the performance. They're on offer from Theatre Nerds Swag Shop, though there is only a limited amount of the crayon sets available, so fans need to act fast.
1.2
Score
Popularity
Activity
Freshness
Jeremy Gutsche Keynote Speaker