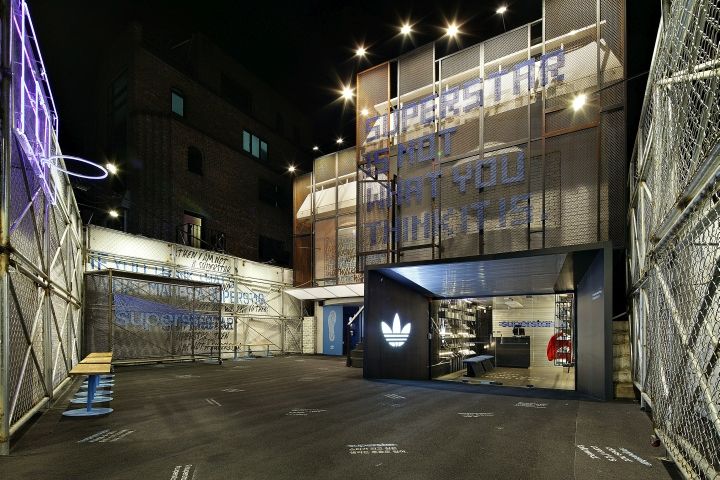 Katherine Pendrill — May 13, 2016 — Fashion
References: retaildesignblog.net & hypebeast
Last year, adidas opened its Hall of Fame pop-up shop in Seoul's swanky Gangnam district. However, instead of simply giving customers a place to purchase the brand's classic Superstar sneakers, it also served as a tribute to the brand's legacy in popular culture.

The Hall of Fame pop-up was built by Urbantainer out of industrial materials such as metal pipping, steel paneling and salvaged wood. The same industrial theme was carried into the pop-up's inner courtyard, which was designed to resemble an old-school basketball court. In addition to the tribute to American urban culture outside, the pop-up also featured a Superstar Hall of Fame that showcased adidas' origins and the history of its legendary Superstar sneakers.