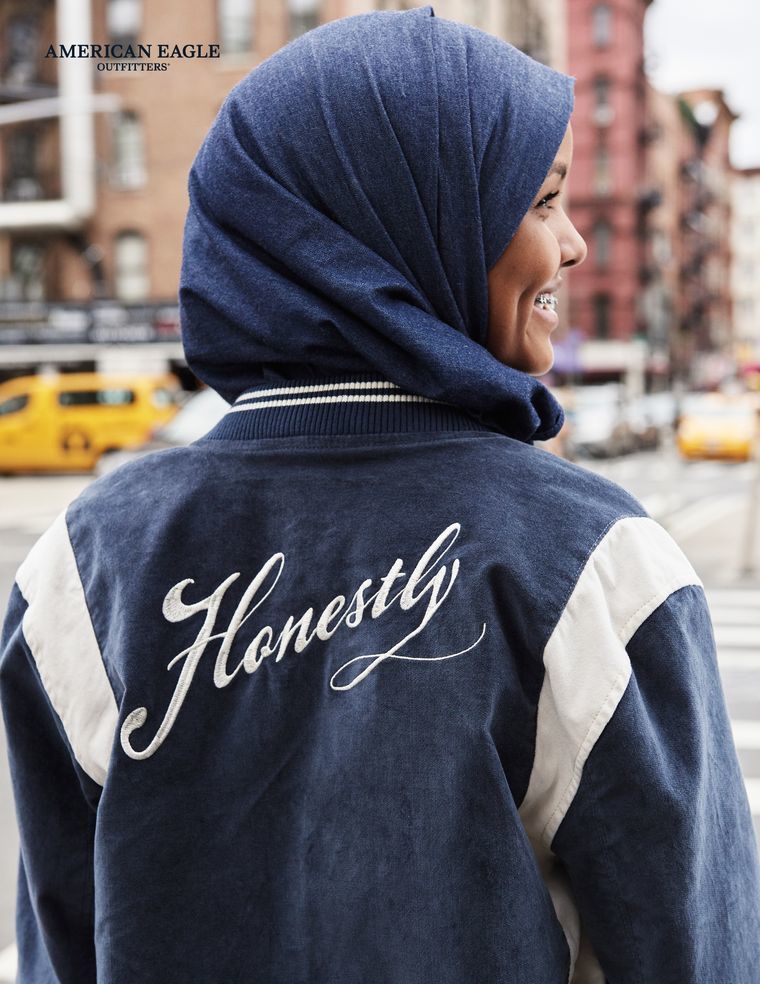 In the campaign, Aden is seen wearing American Eagle casualwear outdoors, and the campaign features both photos and a short video. It is accompanied by the brand's release of its first-ever hijab, which comes in a denim material, is offered online, and can be customized to the aesthetic preferences of those who wear it.

Halima Aden, a Somali-American who was born in a Kenyan refugee camp, first made waves in the 2016 Miss Minnesota USA pageant. Since then, Aden has walked in New York Fashion Week and worked to help break some of the barriers that exist for Muslim, hijab-wearing models in the fashion industry.
5.6
Score
Popularity
Activity
Freshness
Get the 2021 Trend Report FREE