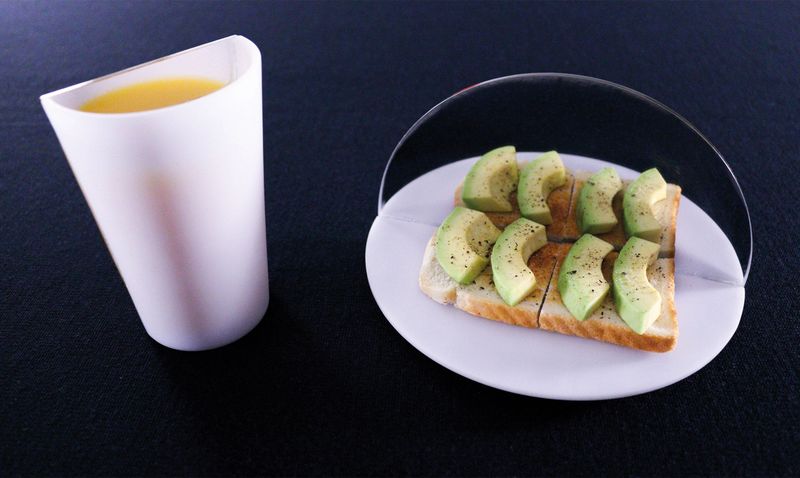 Joey Haar — August 23, 2017 — Art & Design
References: dezeen
Share on Facebook Share on Twitter Share on LinkedIn Share on Pinterest
One of interior design's axioms is that mirrors create the illusion of added space, so Studio Playfool has taken that concept and applied it to a different aspect of day-to-day life with its 'Half/Full' concept. Rather than using mirrors to make space seem larger, Half/Full uses mirrors on tableware to deceive diners into believing their portions are doubly large, ultimately resulting in smaller (and thus healthier) meals.

Half/Full consists of all the pieces that come in a typical tableware set: plates, a bowl, cutlery, and a glass. However, these pieces are all either halved by a mirror or glazed with a mirrored surface. This mirror reflects the food on the implement's surface, making it appear twice its size.

This appetite reduction technique is in line with a study from the University of Tokyo that showed the perceived volume of food has an impact on one's satisfaction from a meal.
3
Score
Popularity
Activity
Freshness
View Innovation Webinars