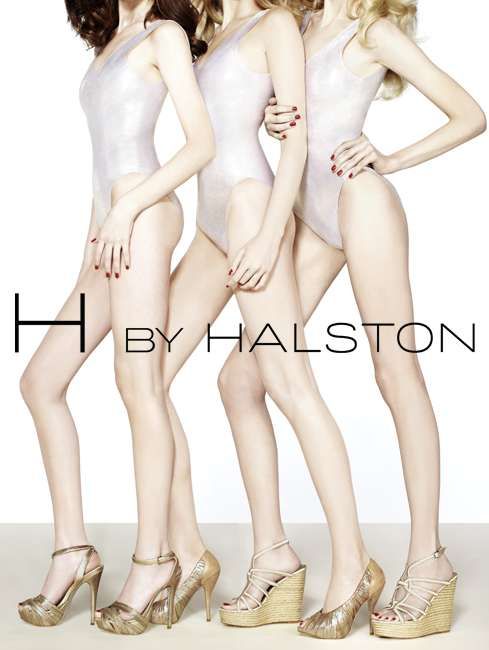 The H by Halston S/S 2011 campaign was shot by accomplished photographer David Roemer, and takes place in simple staid settings -- a plain white background. The bare backdrop allows the entire shoot to be focused on the phenomenal outfits and models. For the shoot, David Roemer and H by Halston selected rising French model Charlotte di Calypso as their centerpiece, placing the 20-year-old in a few single shots where her youthful, symmetrical face dominates. Despite being only 20, Charlotte di Calypso is a 6-year veteran of the modelling world and has done shows for top designers like Christian Dior, Diane vun Furstenberg and Dolce & Gabbana.

The clothing displayed in this memorable display are on sale now.

Implications - Any company that seeks to generate immediate brand interest would be wise to invest in sexually charged advertising. By placing an unabashed emphasis on the company's sex appeal, the company stands a good chance of drawing interest from those intrigued by the ad, their normal consumers, and those critical of the ad's sexual content. Each of these groups are a valuable market for expanding brand awareness and sexually charged advertising provides companies with a shortcut to the forefront of their minds.
5
Score
Popularity
Activity
Freshness
View Innovation Webinars