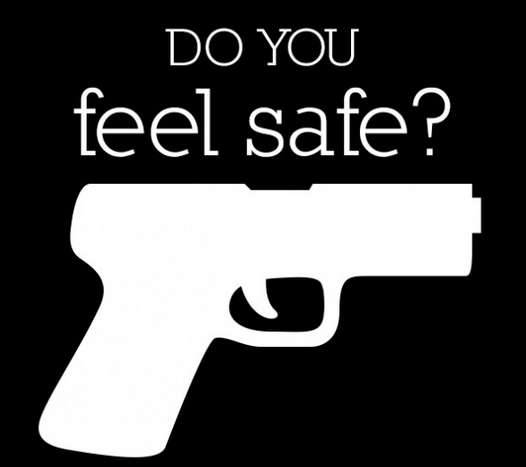 Jennifer Gosnell — July 25, 2012 — Pop Culture
References: visual.ly
Share on Facebook Share on Twitter Share on LinkedIn Share on Pinterest
The shooting in Aurora, Colorado that left 12 dead and 58 wounded once again roused the debate on further gun control in the United States, and served as the inspiration for the 'Gun Violence in America' infographic. Whether this will bring about change is unclear, but it has definitely become a prominent political discussion on the table.

The Gun Violence in America infographic points to some interesting statistics. For instance, that states with stricter firearm laws have lower deaths by gun violence than those without -- even though the argument of those states with less gun control is the opposite. In 2009 31,347 Americans were killed at the end of a firearm, and 66,769 were wounded by a gun. This infographic seeks to educate people on weaponry and get them involved in getting stricter gun laws across America.
4.5
Score
Popularity
Activity
Freshness
Attend Future Festival