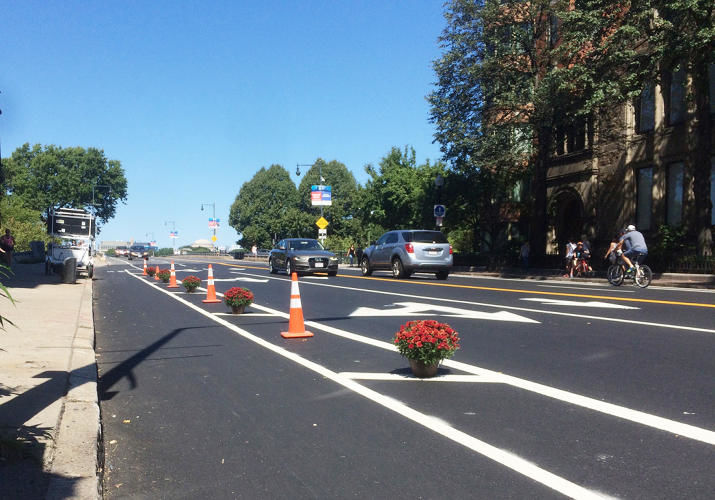 Although the streets are clearly marked with bike lanes, it is typical for drivers on Massachusetts Avenue to swerve into them, often putting the lives of cyclists in danger. After a death of a doctor who was cycling on the street, the city promised to reinforce the lanes with poles. The city was incredibly slow to act, which prompted a cyclist, Jonathan Fertig to drop few orange cones to create a more visible barrier for drivers.

Fertig also added a few flower pots in between each pylon, which not only reinforces the barrier, but acts as tribute to the cyclist who passed. Although the guerrilla bike lane only exists for 200 yards, this small act may finally convince the mayor's office to create permanent safety precautions.
1.6
Score
Popularity
Activity
Freshness
Get Trend Hunter Dashboard