Your House Shaken and Stirred by BACARDI 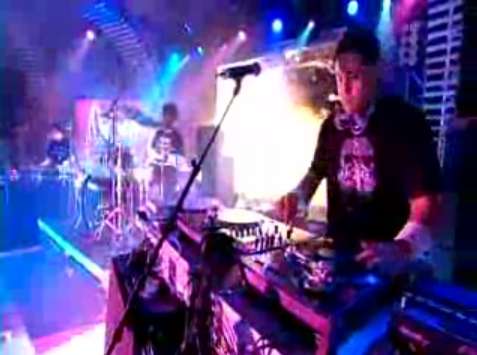 Marissa Brassfield — February 23, 2009 — About
References: groovearmada & clk.atdmt
Share on Facebook Share on Twitter Share on LinkedIn Share on Pinterest
Andy Cato and Tom Findlay of Groove Armada are known for their ability to remain at the forefront of innovation in dance music; through the group’s partnership with Bacardi B-Live, they’ve managed to harness the power of live global concerts and channel it into one stellar mini-album. Trend Hunter is proud to give our readers a sneak peek into the album prior to its global launch on March 2.

Any electronic music fan knows that the best mixes of a given track typically don’t show up on an album, but are instead mixed especially for a live show and debuted in front of thousands of fans. Groove Armada has recreated this energy by recording its mini album with the band that performs with them on tour. “It’s something we should have done a long time ago,” says Andy Cato. “There’s been a vibe that’s sounded pretty special.”

Through a partnership with Bacardi B-Live, Groove Armada has released their mini-album prior to its official iTunes and Beatport release date of March 2--for free. Fans can head to Bacardi B-Live to sign up and create a profile. After doing so, you’ll unlock the first track from the Groove Armada mini album. To unlock more tracks, just share Track 1 with your friends, family, coworkers, and colleagues.

With the Groove Armada and Bacardi B-Live Facebook app and embeddable widget, sharing the track with fellow electronic music fans is simple. To get started, click on the Bacardi B-Live link below.