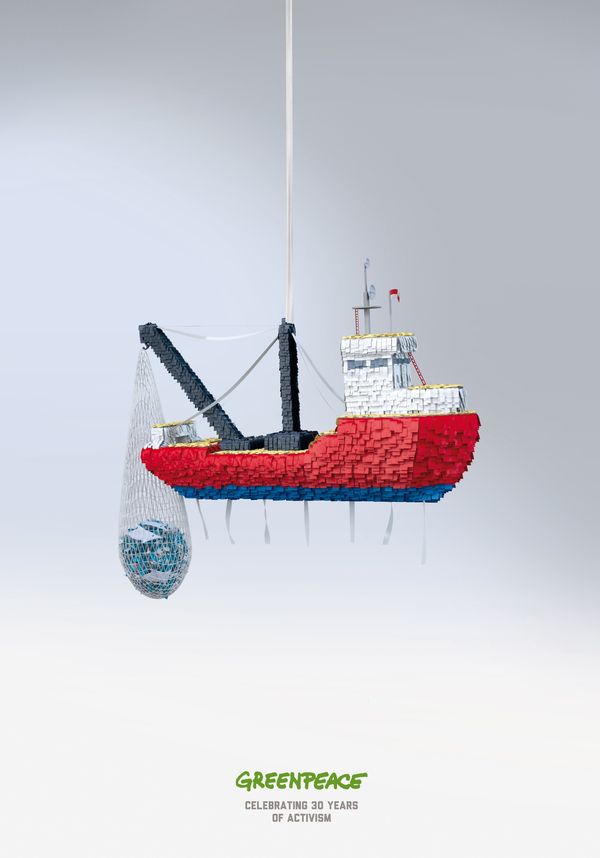 Meghan Young — May 13, 2014 — Eco
References: kitchen.es & adeevee
Share on Facebook Share on Twitter Share on LinkedIn Share on Pinterest
The Greenpeace 30th Anniversary ad campaign is in a celebratory mood and for good reason. It marks "30 years of activism," which is creatively and cleverly depicted through a series of pinatas, one of the most common party games ever. From fishing boats to nuclear plants and oil rigs, these pinatas encourage people to destroy them for fun favors. Of course, that would include a healthier life as well as candy.