Modern Garden of Edens
Next
Set of
Related
Ideas 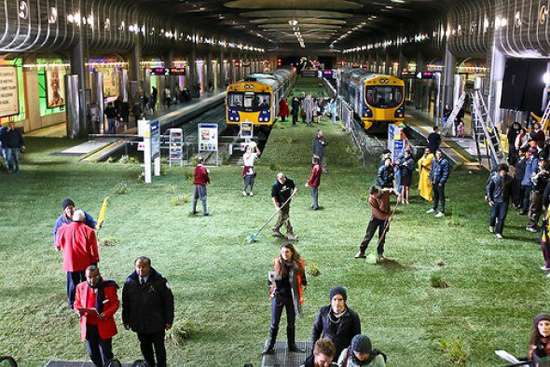 TopDog — January 16, 2010 — Eco
References: thisblogrules
The New Zealand's Britomart Station was recently transformed into a green urban paradise. Initially the station was decked out in green to shoot a commercial for a local dairy farm company, but after production was completed, producers didn't have the heart to tear it down immediately.

Implications - This paradise-style green station is a new take on green preservation. While the world has seen many instances of lush fields and forests turned into concrete blocks and parking lots, the Britomart Station gives hope to the environmentalist as it is one of many movements in the opposite direction.
3.5
Score
Popularity
Activity
Freshness