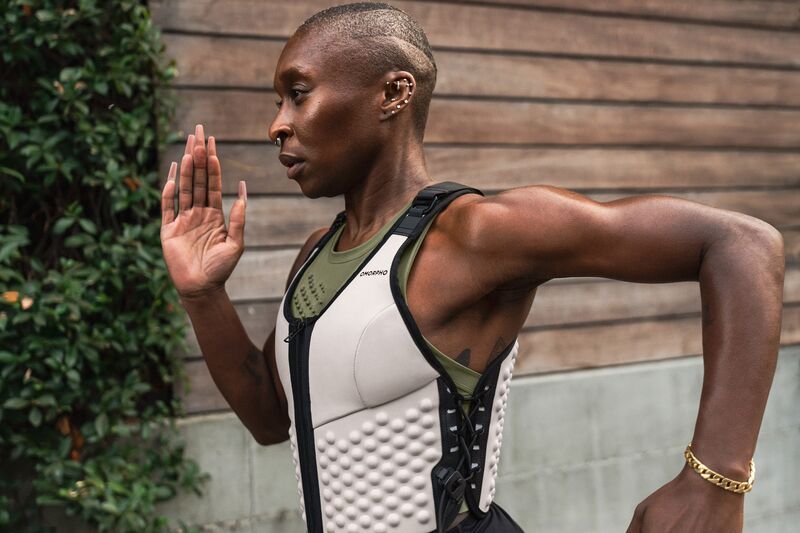 “We’ve always been told that what we wear for sports and fitness should be as lightweight as possible, but the first thing we do to get stronger and fitter is add resistance. So why not build it into what we wear?” said Stefan Olander, Co-founder, OMORPHO. “Sports apparel today is optimized for competition, but most people compete less than 1% of the time. We’ve created a beautiful and functional collection for the other 99%, using a completely new approach to deliver better results by adding small amounts of weight that don’t restrict movement.”

To kick off the launch of the new Gravity Sportswear collection, OMORPHO enlisted the help of several well-known ambassadors (including Cynthia Erivo, Julio Jones, Matthias Dandois, and more).