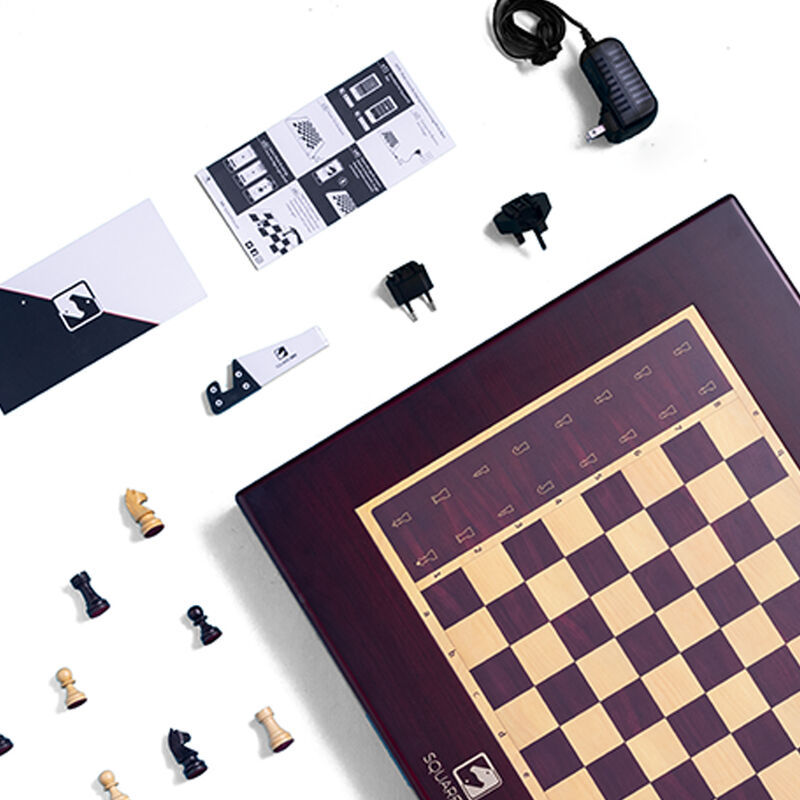 Riley von Niessen — December 4, 2020 — Art & Design
References: squareoffnow
Share on Facebook Share on Twitter Share on LinkedIn Share on Pinterest
Square Off's 'Grand Kingdom Set' supplies consumers with everything they need to improve their strategy, whether they're playing on their own or against an opponent. As the beautifully handcrafted wooden boards are integrated with Bluetooth technology, users can connect with opponents anywhere around the world, and watch as their opponent's chess pieces move on their own. So far, Square Off boasts over 20,000 users in 70 different countries, ensuring players have endless competition.

The Grand Kingdom Set includes an improved battery that can last through 30 games on just one charge, has the ability to automatically reset after a game is complete, and even allows players to live stream their games. The live stream feature also enables players to view vintage games so that they can learn from others as they master their skills. The board is designed to be connected to the Square Off app, which allows players to choose between 20 difficulty levels and track their progress. This also lets users set up an AI opponent, which will strategically respond to them with automated movements. As Square Off works in collaboration with Chess.com, users even the ability to play with the community of over 30 million users who are active on the platform.

Balancing a classic design with new technology, the Grand Kingdom Set is suitable for players of all ages and skill levels.