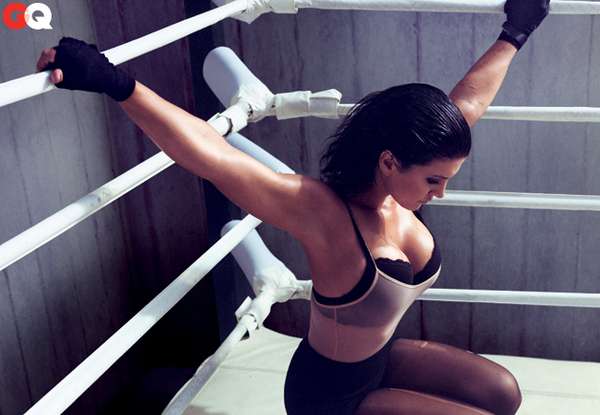 Carano is featured looking tough-girl glam in the glossy pages of the latest men's mag issue, showcasing her powerful on-camera presence and her one-two punch. To promote her new Steven Soderbergh-directed flick 'Haywire,' the athlete-turned-actress is shot by photographer Carlos Serroa in the ring, while rocking the looks of Calvin Klein, Victoria's Secret, Herve Leger and Alexander Wang. The magazine posts the pictures to accompany an in-depth interview with the fist-swinging starlet, but the online teaser offers a bonus film of the sweaty outtakes.

According to all of the action in the GQ January 2012 Gina Carano editorial, style and stamina is one killer combination.
5
Score
Popularity
Activity
Freshness
Get Better and Faster