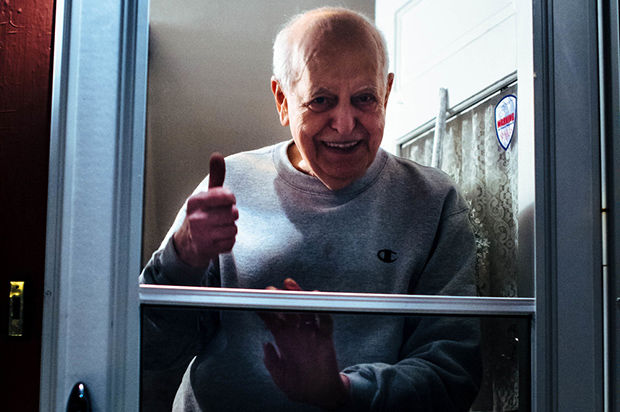 Visiting his parents once or twice a week, Merendino became obsessed with capturing images of them waving goodbye to preserve his parents' memory in their twilight years. The photos were captured as a result of an intangible impulse rather than planned intention.

In the weeks following his father's death however, Merendino revisited the photos. He continued visiting his mother, who as always continued to walk him to the door to wave goodbye. The photos captured both before and after his father's passing make up 'Goodbye at the Door'.

"There was never an 'I'll just let myself out,' it was always, 'We'll walk you to the door,'" Merendino says. "I don't remember when I realized that this goodbye wasn't a given. One day it would be different. Since my dad's passing a few months ago mom still comes to the door."
1.6
Score
Popularity
Activity
Freshness
Get Better and Faster