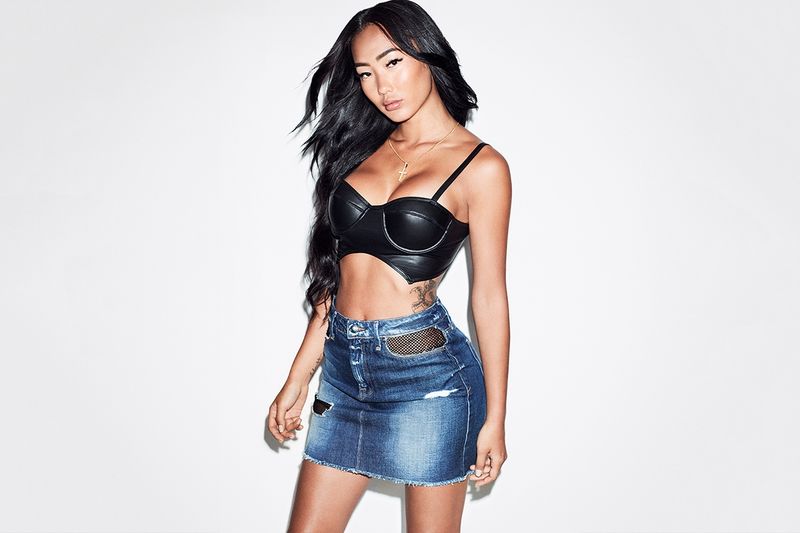 The collection features a number of different denim styles, however most prominent are those that integrate the same material that fishnet stockings are constructed from. As many consumers have taken to Instagram to share looks that show the stockings under ripped jeans and skirts, it's likely that the Good American's simplified versions are likely to be popular among those who've grown fond of the trend.

In addition to jeans that feature the material, the collection includes a skirt that has its pockets replaced with it, as well as a jacket that has a large fishnet "R" on the back of it.
6
Score
Popularity
Activity
Freshness