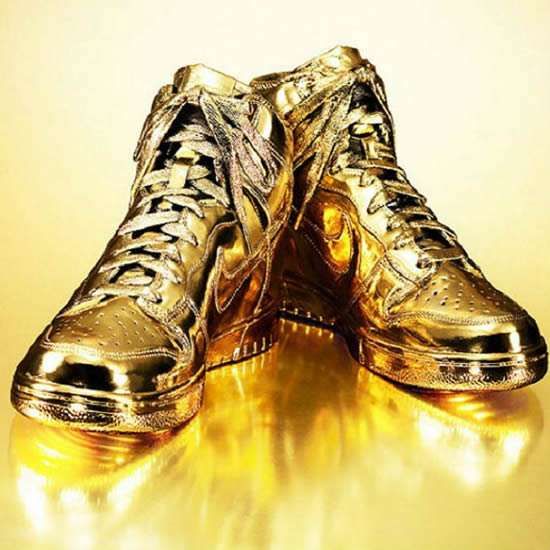 Kenneth Courtney's 'Indulgences No. 5' Sneakers Have the Midas Touch

The blindingly bright sneakers are appropriately sized at 28 cm long, 13 cm wide and 18 cm tall, only confirming that these may be more appropriately classified as art rather than fashion. Courtney pulled off the shining look by literally dipping a pair of Nike shoes into melted 24-karat gold. The shoes, of which five will actually be sold, are said to be selling for around $6,000.

Courtney, who is artistically known as Ju$t Another Rich Kid, has produced other similarly decadent designs and has been featured in Vogue, Art Review and Vice. 'Indulgences No. 5' is one of 10 in the artist's 'Gold Indulgences' series, and has confirmed to many that Kenneth Courtney has the midas touch.