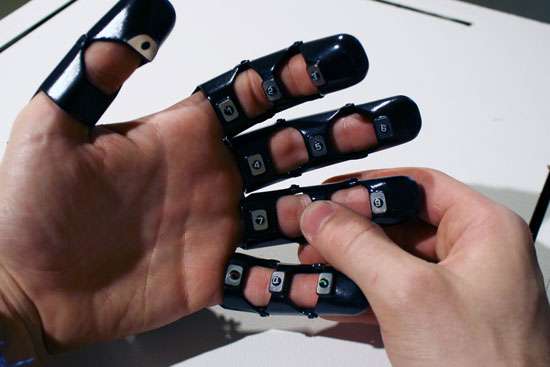 Bryan Cera's Glove One Realizes Technology as a Phantom Limb

Meghan Young — May 10, 2012 — Art & Design
References: bryancera.co.nr & dvice
The Glove One is like a bridge between handheld smartphones and embedded devices. A wearable alternative, it fits like a glove--literally, as its name suggests. Doing away with separate tech objects that are cumbersome to carry around and easily lost, the Glove One is a wearable phone that minimizes these setbacks.

Conceived by Milwaukee-based designer Bryan Cera, the Glove One is currently in its prototype stage. Although the overall design looks slightly clumsy, it was created so on purpose. Cera writes, "It presents a futile and fragile technology with which to augment ourselves. A cell phone which, in order to use, one must sacrifice their hand. It is the literalization of Sherry Turkle's notion of technology as a 'phantom limb.'"
4.3
Score
Popularity
Activity
Freshness