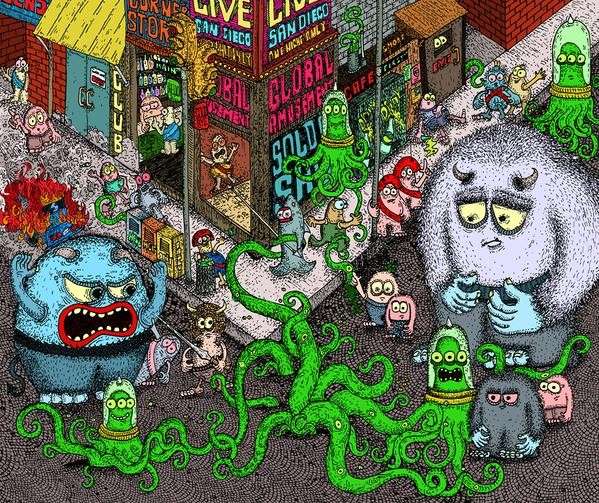 These Global Amusement Illustrations are Extraterrestrial

Although monsters and aliens are not always mutually exclusive, they are easily distinguished from one another in this series. The aliens are the tentacled, helmet-wearing green guys while the monsters are the fury, blue-hued dudes.

Presumably, the aliens are the antagonists, as the street scenes are quite-earth like. The monsters must, therefore, be the natives, and the aliens, invaders. Still, it could be the case that the aliens are simply immigrants and the monsters are insensitive xenophobes. Or, alternatively, they could both have extinguished the human population and are now vying for dominance among each other. Readers, feel free to use your imagination on this one.