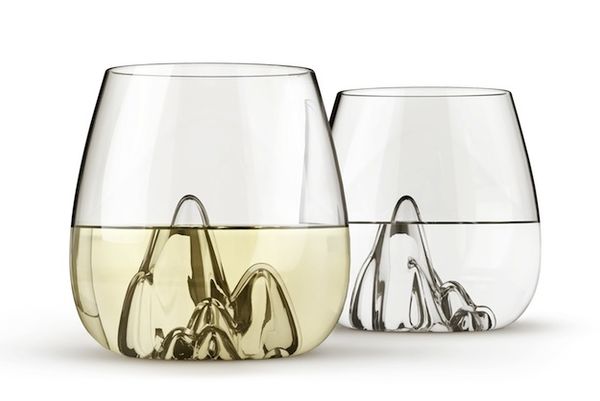 Meghan Young — September 27, 2013 — Lifestyle
References: aruliden & psfk
Share on Facebook Share on Twitter Share on LinkedIn Share on Pinterest
The Glasscape Tumbler is a special way to serve drinks of all kinds to guests. Although it might appear to be a clever Photoshopped image, the cup actually does boast a mountainous middle, forming a sort of glass terrarium. Some may mistake it for a fun set of ice cubes, but they will soon realize that the Glasscape Tumbler is much more than that.

Designed by Aruliden, a New York-based design consultancy, the Glasscape Tumbler succeeds the original Glasscape, which was essentially a stylish fish bowl. It appears that once the company went down one size, it couldn't resist going down another to serve an entirely different purpose.

At once sleek and rugged, the Glasscape Tumbler is sold in sets of four 16oz glasses. They are particularly good for clear drinks.
2.6
Score
Popularity
Activity
Freshness
Get Better and Faster