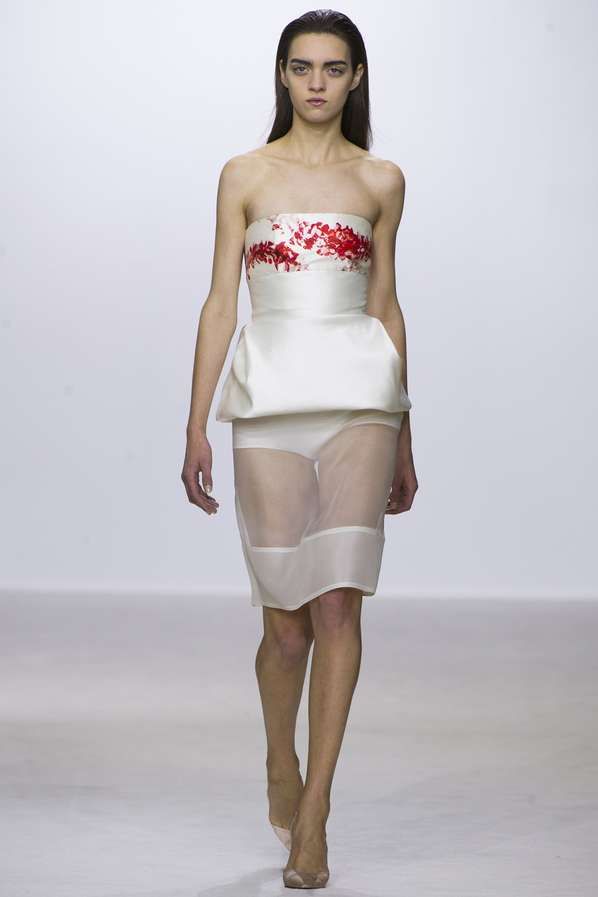 Jordy E — October 3, 2012 — Fashion
References: giambattistavalli & mode.newslicious.net
Share on Facebook Share on Twitter Share on LinkedIn Share on Pinterest
Giambattista Valli's Spring/Summer 2013 line made its debut at this year's Paris Fashion Week. The event revealed a series of airy triple tiered pieces, distinguished in large part by varying sheets of fabric that were patched together within a single garment.

Those who covet the Valli brand expect a great deal from the Italian designer, and with good reason. The former Fendi and Krizia employee learned from some of the industry's best, and these influences are apparent in his often eclectic vision.

The Spring/Summer 2013 collection remains sparse as far as color goes with black, red, cream, gold and yellow tones only, a definite contrast given the bold rainbow tones that are often seen during the warmer months. The minimalist color scheme proves to be just enough for the ensembles however.
1.7
Score
Popularity
Activity
Freshness
View Innovation Webinars