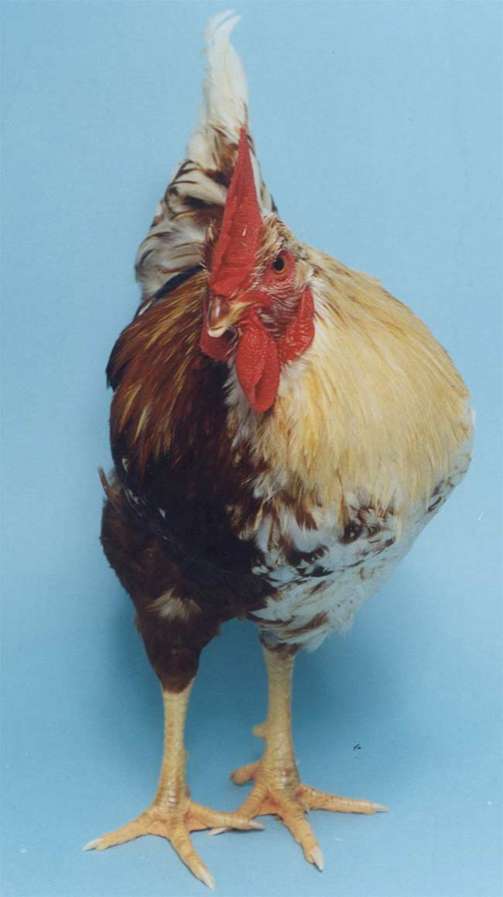 Katie Cordrey — March 11, 2010 — Eco
References: esciencenews & livescience
Share on Facebook Share on Twitter Share on LinkedIn Share on Pinterest
Scientists have discovered why some chickens appear to be gynandromorphic--male on one side of the body and female on the other. According to Lindsey Barske and Blanche Capel of Duke University Medical center, who responded to a study from the Roslin Institute at the University of Edinburgh, "In birds, gender determination occurs in cells across the entire body, not just in the gonads."

The view differs from the previously held belief that the gender determination occurred during embryo development when genetic and other factors instructed gonads to become ovaries or testes.

Researchers postulate that all birds will follow the
chromosomes, not hormones, finding, and that other vertebrates may have elements of this natural system in their make-up.

The gallery shows the half-male, half-female chicken, but also photos of other half-male and half-female animals. Atomic Nerds posted a very interesting pre-discovery discussion a year ago.