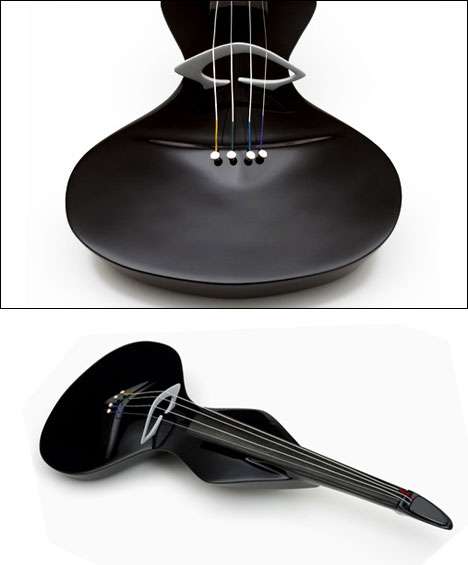 Meghan Young — October 14, 2009 — Art & Design
References: gavaridesign & core77
Share on Facebook Share on Twitter Share on LinkedIn Share on Pinterest
I played the violin for probably less than a year before giving it up for the piano, but if I had the Gavari Semiacoustic Violin, I don’t only think I would have stuck with it, I think I would have become the next musical prodigy. Just looking at the images of this revolutionary design has me itching to pick it up. If I were to actually have one, I don’t think I would ever want to put it down!

Designed by Austria-based Gerda Hopfgartner, the Gavari Semiacoustic Violin will be showcasing the re-design at the Tokyo Design Week. She writes, “It was a challenge to create a new modern form for the 21th century, maybe they will change the classical music business.” It definitely has a good chance with this design.
1.6
Score
Popularity
Activity
Freshness
Jeremy Gutsche Keynote Speaker