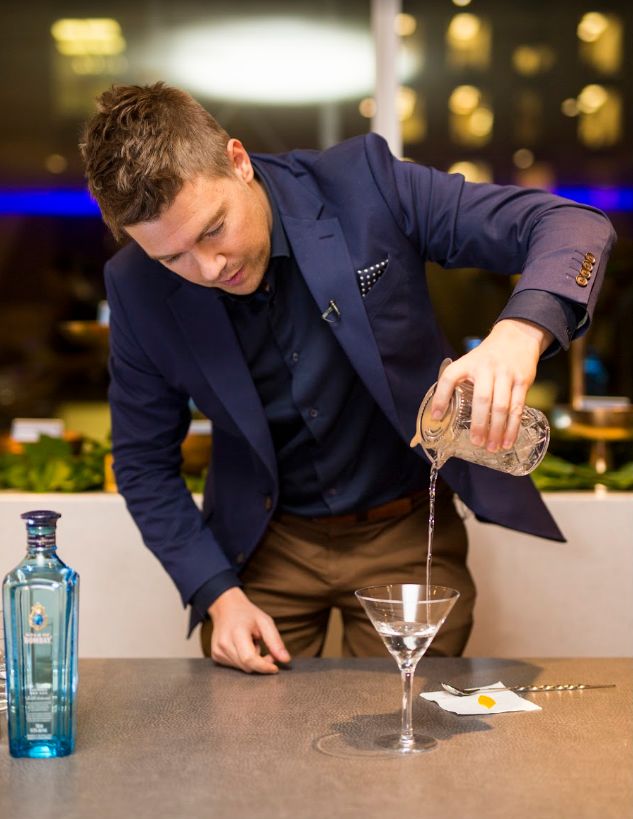 Ellen Smith — December 12, 2017 — Business
References: bombaysapphire & instagram
Share on Facebook Share on Twitter Share on LinkedIn Share on Pinterest
Gary Hayward spoke to Trend Hunter about House of Bombay's unique distillation process of vapor infusion -- a much slower yet highly effective method that produces flavorful gins with powerful floral notes. Star of Bombay, the newest spirit from the House of Bombay, has a unique distillation practice where the vapor-infusion is slowed by half, resulting in a smoother liquid and a whole new class of gin.The unique method, which is scarcely practiced in the gin world, reminds consumers that innovation and creative thought can go hand-in-hand with meticulous attention to detail and patience.

Tell us little bit about your role at Bombay.

I’m the ambassador for the House of Bombay Gin so I represent Bombay throughout North America. We have a whole portfolio of gins owned by Bacardi, with our most recent one being the Star of Bombay gin that was launched a couple of years ago. My job really entails a lot of media work but also education, training and working with bars and restaurants to elevate their cocktail programs.

Why is experimentation so important in your industry?

I think because there isn't really a tested format for cocktails, there’s no systematic approach, so you can’t really work anything out without trial and error. If you have experience, you have a basic understanding of what flavors work together, but the fun part is coming up with something on paper or in your brain and trying to make that happen in reality.

Innovation comes into it as well, because you want to create something that's new, refreshing and different, something that nobody has come up with before. That’s really the exciting part of it, and that’s what drives bartenders to elevate their game.

Have you ever done anything unconventional to find inspiration?

I always look outside of the industry for inspiration, different genres of artistry, whether it be food science, science in general or art. I like serving drinks in an unconventional manner. Pretty recently, I had a bathtub carved out of ice and I served the cocktails out of it, like a cocktail bowl. I did this because of the historic ties to bathtub gins, I thought it was fun and a different way to present the drink.

What advice would you give to someone looking to take a creative risk?

I think the best way to approach it is to take a tested formula, like a classic cocktail, whether it be a Negroni or a gin and tonic, and to use ingredients that you really enjoy or have available. Play around with them, make mistakes but also come back with different approaches and learn from the mistakes you’ve made. Ultimately, the tried and tested cocktails, like the Martinis or the Negronis, have been developed by just a simple variation. That small alteration allows consumers to have their own stamp, and to take ownership. So do something different, even if it’s just a new garnish, at least its something that’s never been done before.

What do you envision for the future of the spirits industry?

I think it’s gonna be a lot of customization. I think the industry is listening a lot more than it used to. A few years back the average foodie and consumer were scared and uneducated in the alcohol and drinks world. Now I think they’re taking more risks and trying more things. But, at the same time they want things that are different, you can see it in the cliches of small batch, handcrafted and local, people really want something that’s made specifically for their palette.

So, I think the future is customization of brands, not just with line extensions but with little value-added additions, whether it be bitters designed specifically for a gin, or tonic that’s specifically made for a certain kind of gin. I see a lot more collaborations in that way.
3.2
Score
Popularity
Activity
Freshness
Access Advisory Services