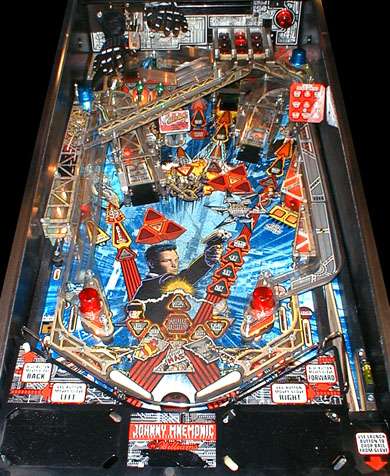 varkeychaya — April 25, 2008 — Tech
References: nytimes
Share on Facebook Share on Twitter Share on LinkedIn Share on Pinterest
This is something pretty disturbing which I saw while hunting for trends. Although trendhunter.com tends to look at the future and upbeat finds, I just had to give this a mention. According to the New York Times, there is only one company left that mass produces the Pinball machine. Stern Pinball Inc. is the last survivor of its kind.

The place which used to produce around 27,000 pinball machines in a year is left with hardly 10,000 orders now.

According to Mr. Arnold a person who used to run a pinball arcade in his younger days says the cause â€œis not that people don't like it. It's that there's nowhere to play it.â€

Mr. Stern, the last pinball machine magnate, is a wise-cracking, fast-talking 62-year-old with a shock of white hair, matching white frame glasses and a deep tan who eats jelly beans at his desk and recently hurt a rib snowboarding in Colorado.

According to him most of the orders he gets ends up going to private collectors and houses, they no longer go to arcades and soda shops like in the past. Arrival of videogames is one of the main reason why pinballs have lost their sheen. It is pretty sarcaastic that there are many video games in the market which emulate the pinball machines.

The pinball has always been a very nostalgic item of world history especially in the west. But doesnt this part of history deserve a revival for the fun it has to offer. A sad trend indeed.
1.7
Score
Popularity
Activity
Freshness
Access Advisory Services