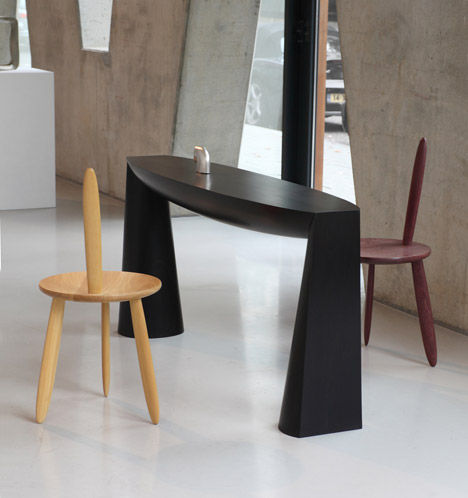 Aldo Bakker Unveils His Latest Designs at the Galerie VIVID

The collection is aligned with Bakker's signature minimalist aesthetic. Several pieces veer into ambiguous territory, with their function not immediately obvious to the user. In his biography of the designer, Hans den Hartog Jager notes that Bakker rarely approaches a project with a function in mind. Oftentimes, the function of a product is not established until the later stages of its creation.

The collection features an understated maple swing in which both the legs and seat are formed from inconspicuous U-shapes. The 3dw1up chairs, on the other hand, are supported by three rounded legs, and feature a noticeably lithe backrest.
2.1
Score
Popularity
Activity
Freshness