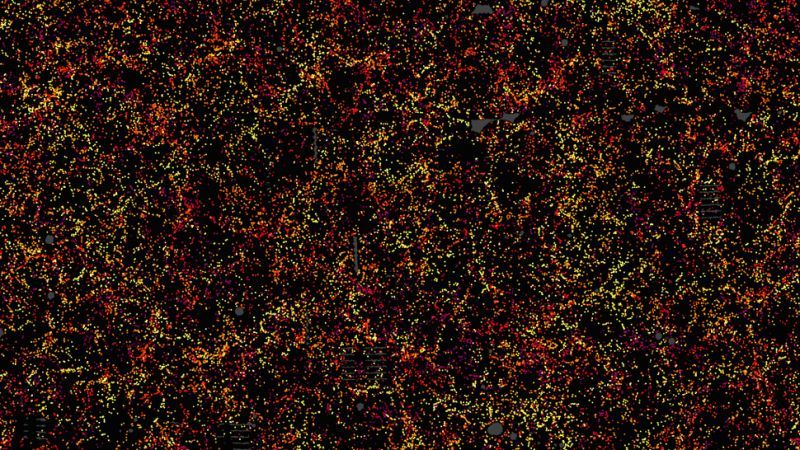 'BOSS' is a 3D Scan of One-Quarter of the Universe

Joey Haar — July 18, 2016 — Tech
References: arxiv.org & gizmodo
Share on Facebook Share on Twitter Share on LinkedIn Share on Pinterest
With its dense clustering of colored dots, the Baryon Oscillation Spectroscopic Survey, or BOSS, looks like a mapping of stars -- however, BOSS isn't a star map; it's a galactic map. In other words, each of the pixel-sized dots on the BOSS galactic map is an entire galaxy that contains about half a trillion stars.

The galactic map covers approximately one-quarter of space, or 650 billion cubic light years, so its staggering scale makes sense. Researchers within the Sloan Digital Sky Survey III, who charted the map, measured sound waves that are a sort of echo from the Big Bang, allowing them to precisely estimate the galaxies' relative locations in space.

Scientific visualizations like the BOSS program give everyday laymen the opportunity to better understand the astronomical entity that is the universe.
3.1
Score
Popularity
Activity
Freshness
Attend Future Festival