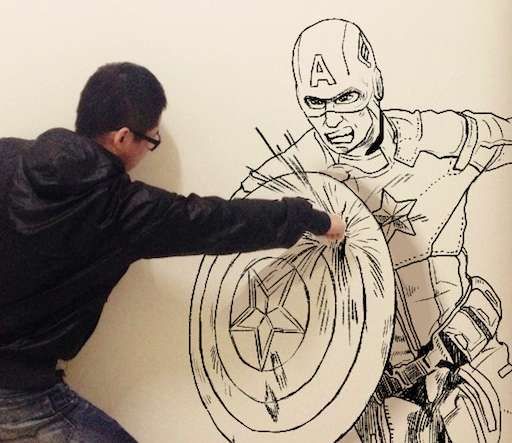 Among the characters displayed in this Gaiku-Captain series are iron man, spiderman, captain America, the hulk, pokemon, the joker, batman and supergirl. Some of the illustrations are more active than others, depicting him in a faux battle. Others are more heartwarming as he takes pictures with the figures or lies in their arms, thus displaying a range of emotion and motifs in the series. Comic enthusiasts will appreciate his creativity and evident ability to re-imagine the characters in new ways.
4.5
Score
Popularity
Activity
Freshness
Get Better and Faster