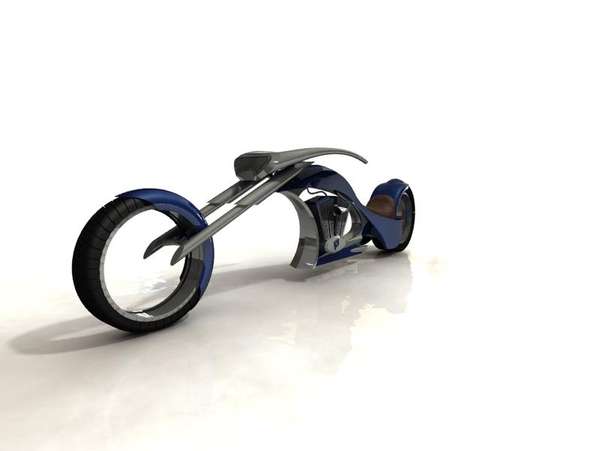 Alexandra Choli — February 26, 2009 — Autos
References: mike.sr71.net & deviceinn
If the Terminator was to revisit the big screen, this is definitely the motorcycle he would go for. The Mantis concept skillfully merges the traditional badass bike design with ultramodern details to create the absolute chopper of the future.

Exposing its smooth curves, this aggressive motorbike by Mike Hansen embraces state-of-the-art technology and features striking hubless wheels, vicious headlights and clear-cut mechanical parts. Vaguely resembling the minute insect that provided its name, the concept’s sleek yet sharp flow is captivating and, even if it does not find its way to production, it will most certainly set the direction towards the new chopper era.
5.4
Score
Popularity
Activity
Freshness