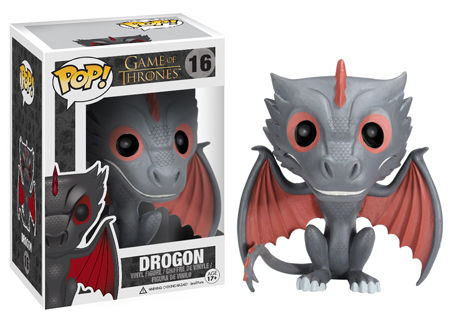 These Funko Game of Thrones Figures are Cute but Deadly

The new set of Game of Thrones vinyl collectibles by Funko has been released and they are as cute as ever. Some of the Game of Thrones to get the Funko treatment include Joffrey, Ygritte, Ghost, Drogon, Hodor, Tywin and the season three versions of Tyrion and Daenerys. These Funko Game of Thrones feature the trademark exaggerated big head and round button eyes that their series of dolls are known for.

Now that Funko has released more characters it will now be easier to re-enact your favorite scenes from Game of Thrones. Don't worry -- the fact that they look so cute will only add to the disturbing feel already present in the famous series known for incestuous relationships and consuming horse hearts.
1.7
Score
Popularity
Activity
Freshness