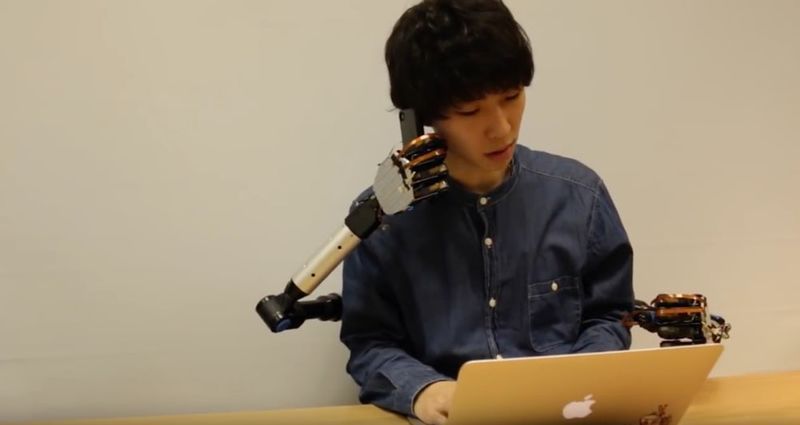 The customizable robotic limbs are a complex system that’s comprised of two parts: one is a tracking system that’s worn on both one's knees, and toes – these control the movement of the robotic hands. The second, are the robotic arms, which can move, grasp, and hold, just like hands can.

The robotic limb system would allow for wearers to utilize both hands, while using the robotic hands to do other tasks. Users are able to reach and grasp objects with one hand, while performing daily tasks with others. The arms would be beneficial to designers, engineers, artists, or other stationary-based professions.
1.8
Score
Popularity
Activity
Freshness
View Innovation Webinars