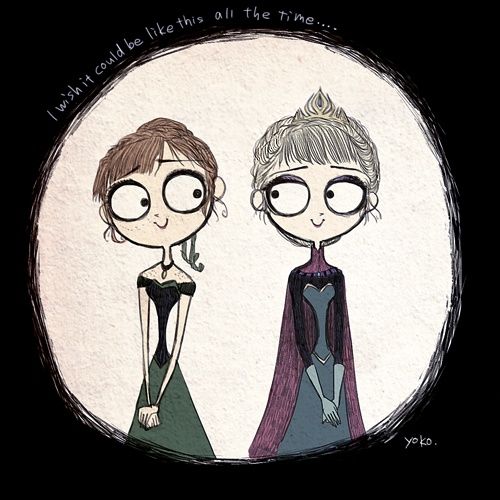 The Frozen illustrations cover many of the blockbuster's songs, including 'Let it Go' and 'Do You Want to Build a Snowman.' The beloved characters have telltale Tim Burton characteristics, such as big, round, darkly lined eyes and a playfully gothic feel. Beyond the main characters Anna and Elsa, Yoko also drew Hans, Kristoff, Olaf, Sven and the magical trolls. Frozen's internet popularity mixed with with the cult appeal of Tim Burton results in heartwarming magic.
6.9
Score
Popularity
Activity
Freshness
Get the 2021 Trend Report FREE