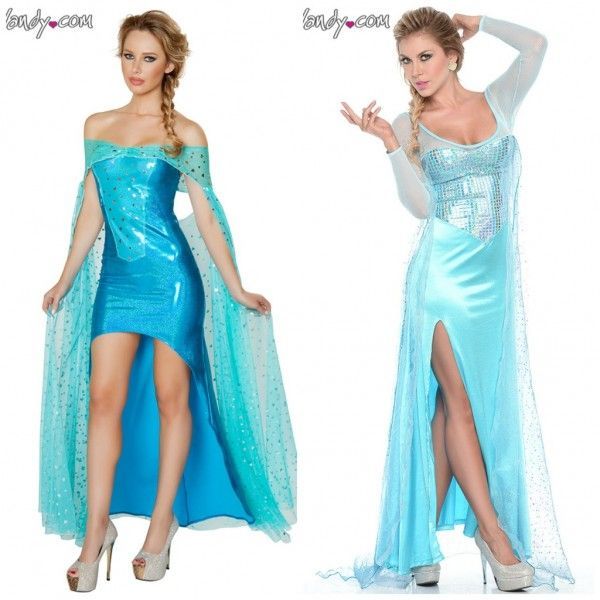 These Frozen Costumes Prove that No Character is Safe

Nothing and no one is safe, it seems, from the sexualization of Halloween costumes. Not Elsa, not Anna. Not even Olaf. Frozen joins a long list of children's films that have been sexualized for adult enjoyment, including Snow White, Little Red Riding Hood and Strawberry Shortcake.

Elsa's snow maiden frock looks more like a beer maiden costume, and her ice princess gown bares lot of cleavage and even more leg. As for the Olaf costume, you can belt out "Do You Want to Build a Snowman," while decked out in a skin-tight white body suit and thigh-high socks.
4.9
Score
Popularity
Activity
Freshness
Attend Future Festival