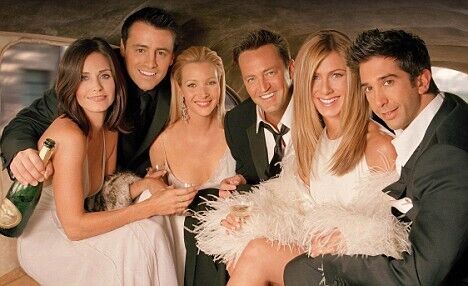 All the actors are pumped to relive their characters on the big screen except for Jennifer Aniston who, at 39, has hesitated to accept. The success of Sex and the City, however, gave her a new boost of confidence.

"As the biggest star of the Friends franchise, Jennifer can't help but look at what's happened with Sarah Jessica Parker and the Sex And The City film and be a little jealous," a source told the Daily Mail.

"What's held back a Friends movie so far is that people were worried that Jennifer had simply become too famous to play Rachel again.

"But the truth is that Jennifer is finally willing to do it, and she'd love to work with that whole team of actors and producers again.

"She says she and Courteney have already talked this summer about what they want out of a Friends movie, and if deals can be made with them, everything else can fall into place rather quickly.

"It really comes down to money, and I don't think Jen has a problem with all of the Friends getting huge paydays for the movie.

"In that sense, it's Sex And The City all over again. There's no movie unless you can reunite the whole cast and keep them all happy financially."

Aniston and Perry, 39, are the youngest of the bunch so are probably more confident branching out in their career, but Schwimmer, who is 41 and Kudrow, 45, may be getting more desperate. LeBlanc, who is 40, clearly believes in his old character as tried (but failed) to do a Joe spin-off already.

If they do want to do a spin-off movie, they should probably act soon. Having Phoebe fight a Pacman machine at 45 might be more sad than funny....