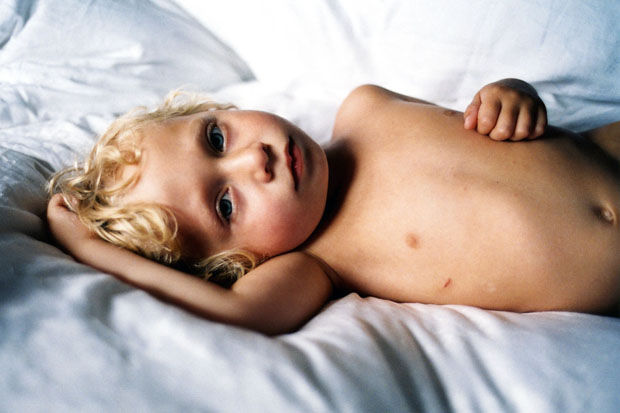 Fred Huening Captures the Wonder of Motherhood and Early Childhood

Vasiliki Marapas — December 3, 2014 — Naughty
References: fredhuening.de & featureshoot
Berlin-based photographer Fred Huening photographs intimate moments between in his wife and son for 'Drei,' his third book in a series of nine.

Though Huening isn't in any of the photos, his presence is felt through the gaze and comfortability of his subjects, who play out a familial narrative in front of the lens. Mother and child seem blissfully unaware of the passage of time, and the fact that the current moment will not last forever, but Huening doesn't have this luxury. As the photographer, he is sensitive to the fact that each moment is fleeting and ephemeral, a mere hiccup in the fabric of time that will likely be forgotten or, at the very least, dilute with age.

Choosing to shoot in the Berlin countryside adds another layer to this already poignant project, as it was where Huening spent most of his own childhood. The location therefore suggests a transformation of time, marking Huening's growth from child to adult to father.