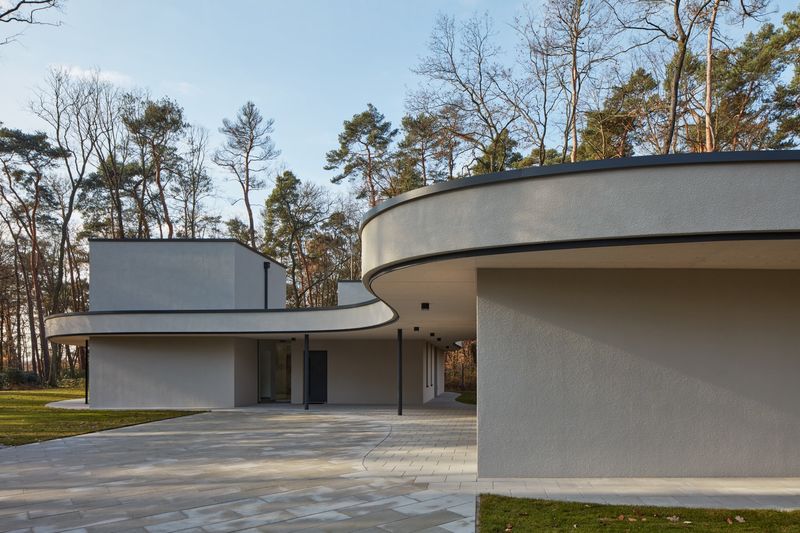 'Forest Fairy' is a Mid-Century Modern Home Outside Prague

Joey Haar — June 22, 2018 — Art & Design
References: archdaily
Share on Facebook Share on Twitter Share on LinkedIn Share on Pinterest
The original proponents of mid-century modernism believed that the stylistic form should connect people to the surrounding natural environment, and the playfully named 'Fairy House' does just that. The home is in a sparsely populated stretch of forest outside of Prague, and its flowing lines subtly complement the trees and other flora in the region.

The most interesting quality of Fairy House is its roof, which was an irregular, puddle-like shape. The roof gives the home as a whole the impression of liquidity, but the volumes that it covers are actually quite regular and squared. Fairy House thus skirts the line between tradition and modernism in its design, which makes it both livable and aesthetically pleasing for the family that spends their time there.