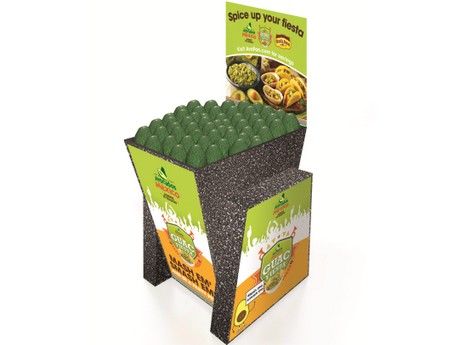 Alyson Wyers — January 21, 2015 — Lifestyle
References: avofan & freshplaza
The Avocados From Mexico (AFM) football campaign recently finished a promotion designed to position the number one selling avocado in America with college football. Part of a collaboration with Ro*Tel (a ConAgra Foods brand), the marketing campaign aimed to get customers to integrate Avocados From Mexico into their football season celebrations.

Hungry for Football ended in December and was intended as a gear-up football campaign leading up to Guac Fiesta -- the purpose of which is to place the brand as the primary guacamole during prime football. This marketing initiative is now in full swing, with a contest going on from December 16, 2014 to February 1, 2015. Five winners will receive a $3500 prize pack. This campaign is in partnership with Old El Paso.
2.6
Score
Popularity
Activity
Freshness