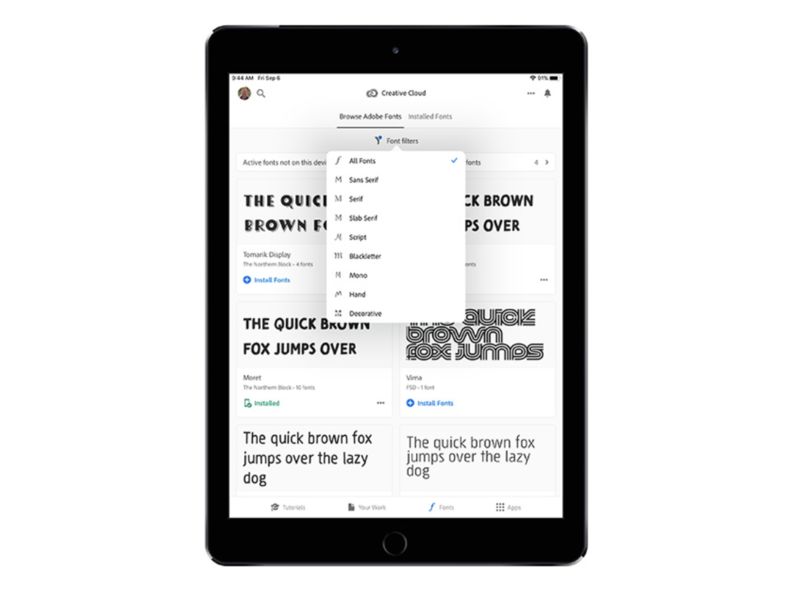 Adobe Released Its Extensive Font Library to All iOS Devices

Daniel Johnson — November 6, 2019 — Tech
References: theblog.adobe & engadget
Adobe is bringing its font library of 17,000 to iOS devices running iOS 13.1 or a later version. The font library was previously only available to desktops. Additionally, all of the fonts are available to users for both personal and professional use, which means the fonts do not have to be licensed for commercial projects.

Adobe bringing the font library to iOS devices allows more people to access the fonts for different projects. Additionally, many creatives use the Adobe platform, and those users will now be able to access the fonts on mobile devices which will improve the way they can work. With such a big font library, users will be able to select the one that best fits their project.