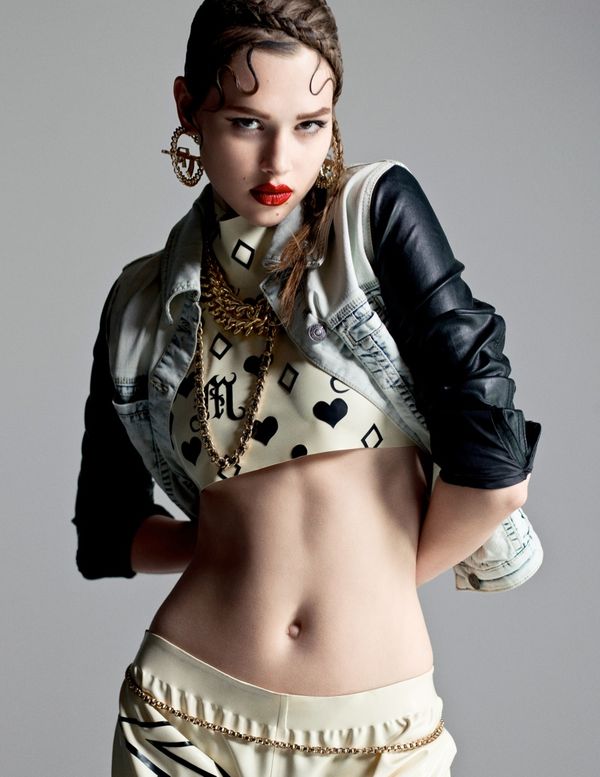 Meghan Young — August 27, 2013 — Fashion
References: flaunt & fashiongonerogue
Share on Facebook Share on Twitter Share on LinkedIn Share on Pinterest
With Miley Cyrus' mind-boggling VMA performance still fresh in everyone's mind thanks to the deluge of posts taking over the Internet, this Flaunt Magazine September 2013 editorial is a refreshing change of pace that still holds a lot of relevance. As though inspired by the rachet style the former Disney star has since adopted, it is chock full of ghetto fabulous outfits that would have dad's grounding daughters left, right and center.

The Flaunt Magazine September 2013 editorial, which has been titled, 'No. I Will Not, Under Any Circumstances, Catfish Again,' was shot by photography duo Stevie and Mada. It stars model Anais Pouliot, the Canadian beauty was styled by Pandora Lennard with hair by Terry Millet and makeup by Mélanie Inglessis.
4.4
Score
Popularity
Activity
Freshness
Attend Future Festival