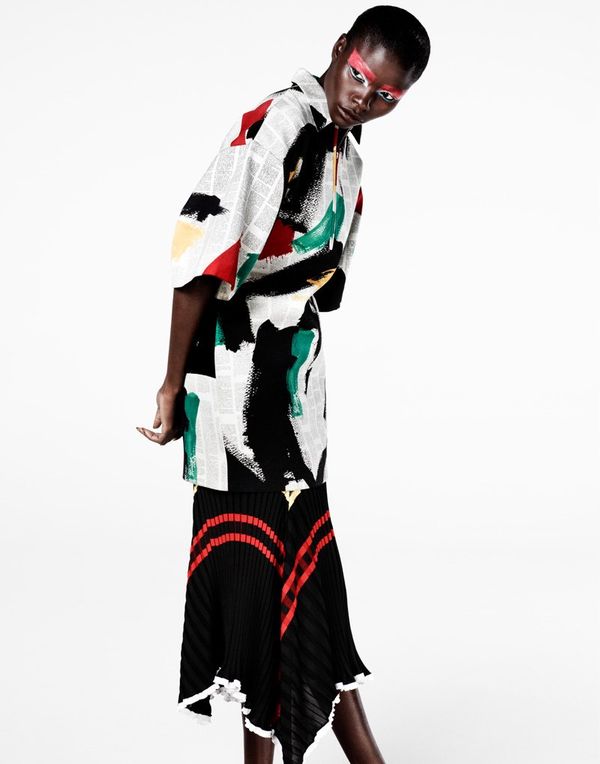 Meghan Young — March 15, 2014 — Fashion
References: flare & fashiongonerogue
Share on Facebook Share on Twitter Share on LinkedIn Share on Pinterest
The FLARE Magazine 'Foxy or Boxy' editorial might be focusing on statement shorts, crisp cottons, crop tops and skirt suits for the spring season, but people will most likely be talking about the bold eyeshadow looks in the end. Created by makeup artist Vincent Oquendo, there is a bit of an Asian influence when it comes to its application.

Shot by photographer Jason Kim, the FLARE Magazine 'Foxy or Boxy' editorial stars model Jeneil Williams. The Jamaican beauty is set to appear in the April 2014 issue of the Canadian publication. Her athletic figure, which she recently flaunted in the Nasty Gal swimwear lookbook, is draped in feminine designs from the likes of Calvin Klein, Altuzarra, Rodarte and more. The wardrobe was styled by Martha Violante.
4.4
Score
Popularity
Activity
Freshness
View Innovation Webinars