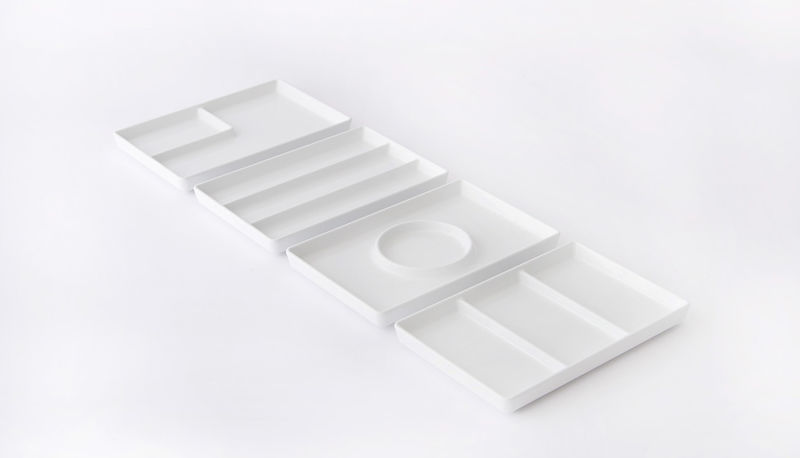 This Collection of Tableware is Shaped Like Different National Flags

Named 'Kokki' after the Japanese word for national flag, this series of patriotic table settings consists of four different rectangular porcelain plates sectioned off with dividers to resemble the national flag of a different country. By mixing and matching each white plate, diners are able to place "various national foods on other national flags, and can mix borders and cultures on the dinner table," explains Yamamoto.

Yamamoto, who is a designer at Panasonic, came in third in Tokyo Midtown Design Awards for his flag-shaped culinary creation, but this year it was also announced that his plate set will also be available for purchase from Oda Pottery as well.
0.8
Score
Popularity
Activity
Freshness