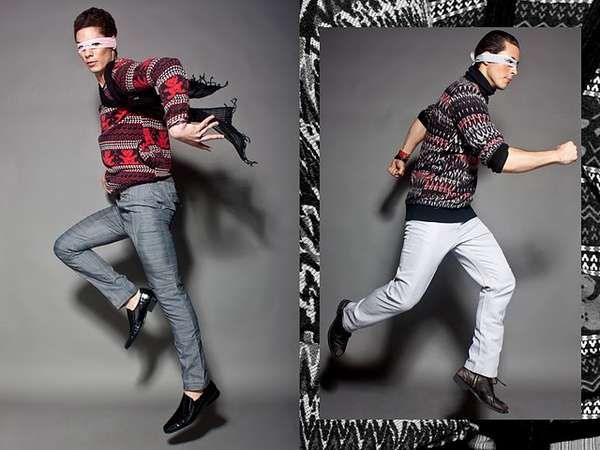 The First Class Series is Inspired by Comic Book Characters

Meghan Young — August 22, 2011 — Fashion
References: clarencepaulcanlas.blogspot & fashionising
Share on Facebook Share on Twitter Share on LinkedIn Share on Pinterest
It has been awhile since a superhero-inspired fashion photoshoot has come around, so it is nice to see that the First Class series has eased the industry back into this theme. With subtle references to the comic book culture, it is not too overwhelming or cliche. The only thing that really makes the First Class photo series overtly superheroesque is its name, which it shares with the lastest 'X-Men' film.

Shot by photographer Clarence Paul Canlas, the First Class photo series is inspired by characters like Wonder Woman, Nemo, Peter Parker and The Incredibles. From the colors to the poses and even the occasional mask, it is very apparent that these similarities are present. The shoot stars the well-groomed and metrosexual models Mark Hutchinson and Kyle Sparks.
5.4
Score
Popularity
Activity
Freshness
View Innovation Webinars