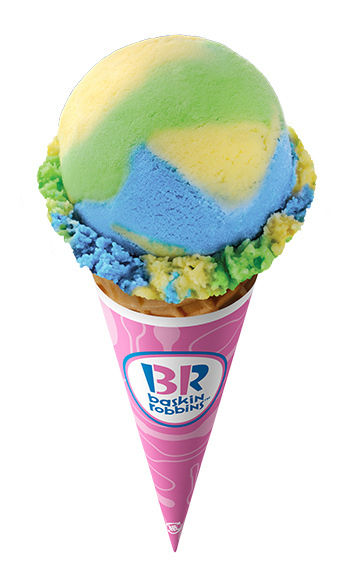 Laura McQuarrie — May 9, 2014 — Lifestyle
References: 31ice & en.rocketnews24
Just ahead of the FIFA World Cup 2014 games this year in Brazil, Baskin Robbins Japan will be releasing a tri-colored sherbet of blue, yellow and green, aptly called the 'Trio de Janeiro.' The sherbet borrows the three colors from the Brazilian flag, which include delicious fruit flavors like kiwi, lemon and blueberry. This celebratory flavor will be available as of June 1st and it will be made available right through until the end of August.