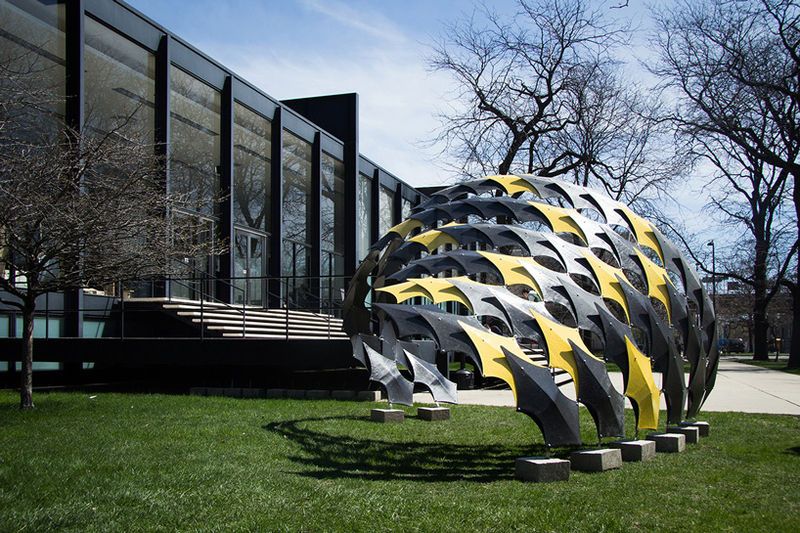 The FiberWave Pavilion is Made of Resilient Material

The studio spent many months putting the design together, and "through various iterations aided by parametric modeling software, the team arrived at a wave-like form, which is designed to shift and morph when variably tensioned," states DesignBoom. For coloring most of the pavilion shows off the darker steel look, but it also has touches of yellow thrown in there for a punch of pigment.

The FiberWave Pavilion is quite simple in looks, but the carbon fiber material used makes it long lasting and relevant.