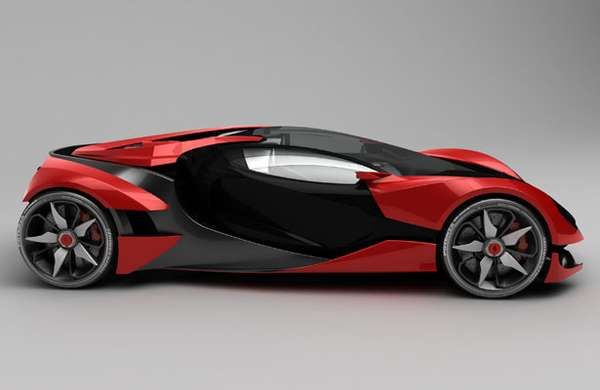 The Ferrari F750 Showcases the Future of the Prancing Horse

Michael Hines — June 20, 2012 — Autos
References: tuvie
Share on Facebook Share on Twitter Share on LinkedIn Share on Pinterest
The Ferrari F750 concept car has a few things in common with the Prancing Horse's new F70 supercar due out next year. For starters, the F750 is powered by both an electric engine and a gasoline engine, with the two front-drive electric engines acting as a sort of turbo booster. Both cars also have a wildly futuristic look that is still undeniably Ferrari-inspired.

Unlike the F70, the F750 was designed by Marc Devauze, Vianney Brecheisen and Alexandre Labruyere for the Ferrari World Design contest. The vehicle was meant to be driven in the year 2025, which gives it almost no shot whatsoever at going from concept to reality. Still, the Ferrari F750 has a few features that could make it into current and future models, including the aforementioned electric engine turbo and its removable and customizable interior.
6.3
Score
Popularity
Activity
Freshness
Get the 2021 Trend Report FREE