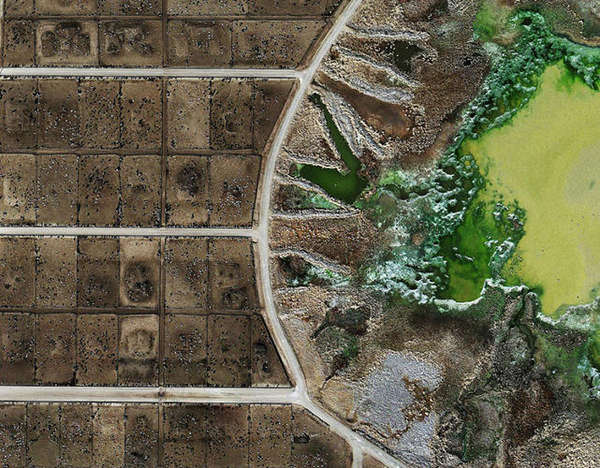 Meghan Young — August 21, 2013 — Fashion
References: mishkahenner & fastcoexist
Share on Facebook Share on Twitter Share on LinkedIn Share on Pinterest
The title of the photo series Feedlots by Mishka Henner, a photographer living and working in Manchester, England, may give away the subject matter of the photos, but even so, the images look more like open wounds than aerial shots of landscape. In a way, they are wounds. They specifically depict the destroyed agricultural lands in America.

Interestingly, Feedlots by Mishka Henner was not shot in person. In an effort to spare him the legal risk of capturing these horrendous sights, he captured them using open source satellite imagery. The Belgian photographer writes, "I think what the feedlots represent is a certain logic about how culture and society have evolved. On one level it’s absolutely terrifying, that this is what we’ve become. They’re not just feedlots. They’re how we are."
5.1
Score
Popularity
Activity
Freshness
Get the 2021 Trend Report FREE