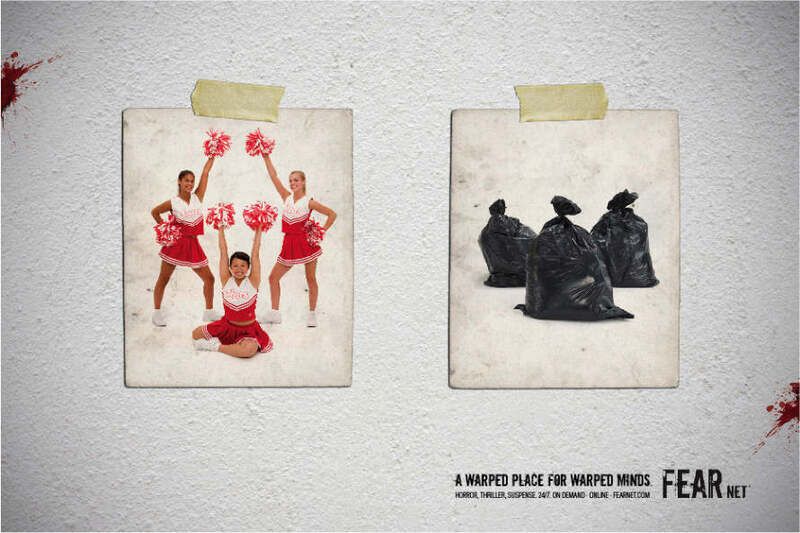 Angelina Jolie tells British Harper’s Bazaar, “We don’t take war and violence lightly, but we don’t hide it from anybody.”

“Listen, my kids play video games. I let them play with toy soldiers.”

Back to Fear Net, a horror portal. The ad campaign for Fear Net proudly promotes it as a, “Warped place for warped minds.”

The ads depict an assortment of violent and horrific situations that I will leave the pleasure of discovering in the gallery to you.