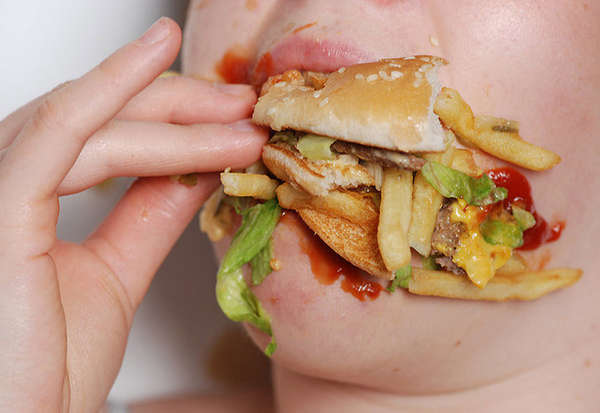 Meghan Young — March 8, 2013 — Fashion
References: atelierfrossard & fastcodesign
Share on Facebook Share on Twitter Share on LinkedIn Share on Pinterest
Fast by Mathieu Frossard, a French artist and designer, is a photo series that may capture a Big Mac with a side of fries, a strawberry cake and some raw meat, but not a single image is appetizing. The same foods that would normally inspire instant salivation have been unceremoniously stuffed into a model's mouth in a messy manner. Clearly a comment on both the copious amount of food some people consume as well as the unhealthy options they choose, the series will encourage people to think before they eat next time.